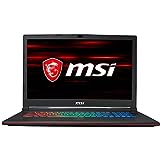 What is Virtual Reality?

One of the most popular uses of virtual reality is for gaming. Some of the popular types of games based on virtual reality include first-person shooter games like Doom VFR, racing simulators like Grand Turismo Sport, city or world-building games, and casino or gambling games. Virtual reality puts the player in the middle of the action and the possibilities are virtually endless (pun intended).

Virtual reality is closely related to remote sensing and control. In these applications, a computer user can remotely experience controlling a physical device like a drone or they can remotely control a robot.

This use of VR is also closely related to Augmented Reality (AR) where information is overlaid over an image of a physical location. The laptop specifications for remote sensing and control and AR are basically the same as for VR applications.

Virtual reality can also be used to practice stressful situations like public speaking, fear of flying, or other phobias. Imagine being able to rehearse speaking on a stage in front of a simulated audience. You can experiment with different presentation styles without worrying so much about making a mistake.

What does “VR Ready” mean?

When someone describes a laptop as being “VR ready” it means it has sufficient computer and graphics hardware specifications for running VR applications. Generally speaking, you are going to want 8GB+ of RAM, a recent higher-end processor, dedicated GPU, and Windows 10.

A typical VR application will stress a laptop’s computing and display capabilities. VR also requires significant amounts of RAM for rendering scenes. A high display refresh rate can be beneficial for VR because it reduces screen tearing, blurring, and input lag.

The data storage specifications are less critical, but you should have sufficient space for storing games and the related graphics and audio files. Either a solid-state drive (SSD) or a magnetic spinning drive (HDD) will work, but you’ll be able to load VR applications faster with an SSD. An SSD will also improve laptop startup times.

A favorite of competitive gamers and eSports enthusiasts, Alienware laptops are famous for their capabilities. The Alienware 17 R5 is no exception. This is a high-end laptop that’s well suited for virtual reality applications.

The eight-generation Intel Core i7 processor has a maximum turbo boost of 4.1GHz. However, this processor can dial back the speed based on load. This preserves battery life for non-VR or gaming usage. The 16GB of DDR4 RAM will help this processor reach its full potential. There is an empty RAM slot on this model, so you can easily upgrade the laptop to 32GB.

This model sports a bright 17.3” FHD (1920 x 1080) IPS display. The 60Hz refresh rate is not as high as some of our other picks, but the graphics are still amazing. The NVIDIA GeForce GTX 1070 GPU with 8GB of GDDR VRAM can render VR animations with ease.

Data storage is good with a 256GB SSD + 1TB HDD (7200 RPM) combination. This ensures plenty of data loading speed for fast boots and application loading while providing massive data storage for all the VR applications and games you’ll be running.

The Alienware 17 R5 build is solid although it’s a bit heavy at almost 10 pounds. However, some of our staff loved the size and weight even if it’s not as portable as other laptops on our list. Given its size, it can be difficult to find laptop cases or backpacks to use with it.

Battery life gets mixed reviews. It has an average battery life for everyday computing but is limited to about 4 hours when running gaming or VR applications. Also, watch for heating issues when running demanding software.

If you choose this laptop for running virtual reality software, you won’t be disappointed.

The Acer Predator line is well-known for its excellent gaming performance. The Predator Triton 500 lives up to this reputation. However, it doesn’t sacrifice portability for performance.

At less than 1” thick and weighing in at under 5 pounds, this laptop is easy to transport. The build quality is premium with extensive use of metal components. Pick this laptop up and you’ll immediately know that it’s built like a tank. The overall design is tasteful and avoids some of the extreme design choices of some other gaming laptops.

The Triton is powered by an eighth-generation Intel Core i7 processor with 6 cores and 16GB of RAM. The extra cores and RAM are valuable when simulating and rendering virtual reality graphics.

The powerful GPU works great with the 15.6” FHD IPS (1920 x 1080) display. The display has a 144Hz refresh rate and a 3 ms response time. This results in awesome graphics clarity for VR and gaming.

Data storage is provided by a fast 512GB PCIe NVMe SSD. This means fast laptop boot times and programs will load quickly. This size should be more than sufficient for most VR needs.

With a laptop this powerful, it will heat up a bit when under heavy load. However, the Triton’s AeroBlade 3D fans and copper heat pipes keep this device cool even when overclocking the CPU and GPU. The relatively loud fan noise is a tradeoff, but well worth it in this case.

The battery life is typical for a laptop with components this powerful. For day-to-day computing, expect about 4-5 hours. However, for heavy gaming or VR, the battery life will be closer to 3 hours.

Overall, the power and portability of the Triton 500 make it a great choice for virtual reality or high-end gaming.

The HP OMEN series is well-known to gamers for its excellent performance and aggressive looks. The model we reviewed is no exception and is a great choice as a virtual reality laptop.

The OMEN is powered by the same Intel Core i7-8750H processor as the other laptops we’ve picked. This processor has six cores with a turbo boost speed of up to 4.1 GHz. The processor performance is accelerated even further with a whopping 32GB of DDR4 RAM.

This OMEN model has a 15.6” FHD IPS display (1920 x 1080) with an anti-glare coating. The bezel is super thin which keeps this laptop physically smaller. The 144 Hz refresh rate results in great video performance with no graphics artifacts or other flaws.

If you want a larger display, a 17” model is also available. However, it costs about $500 more and is significantly larger.

The display is powered by the NVIDIA GeForce GTX 1070 GPU with 8 GB of GDDR5 VRAM. This is an impressive GPU and we can confirm that it’s capable of hitting 144 fps on games like Rocket League and Overwatch.

The OMEN has a custom command center that allows you to configure various parts of the system so they are optimal for gaming applications. For example, you can prioritize network communications for gaming and configure overclocking.

If there’s a downside to this laptop, it’s the build quality. There are lots of plastic components although it doesn’t feel fragile. You should just be a bit more gentle when handling and transporting this laptop compared to the metal-bodied laptops on our list.

Battery life is typical. The juice should last about 5 hours for normal computing. It will be closer to 3 hours under heavy load when using the laptop for virtual reality or gaming software.

We were impressed with the Bang and Olufsen laptop speakers. The sound quality was among the best in our VR laptop picks. Another nice feature of the OMEN is that it can be upgraded. There is a removable panel to access the SSD and RAM if you want to upgrade them yourself.

Overall, this laptop is a reasonably priced and powerful choice for VR and gaming software.

The Lenovo Legion L340 is a nice entry-level gaming laptop at a reasonable price. It doesn’t have the best specifications of the laptops on our list, but they will support most gaming and VR needs.

The display is excellent and the color accuracy is impressive. However, if you are planning to run high-end VR or gaming software at maximum settings we recommend considering one of our other picks with an NVIDIA RTX 2060 or better GPU. Of course, the upgraded components will result in a higher price.

The data storage is provided by a fast 512GB SSD. This results in fast boot times and provides excellent storage capacity for VR and gaming files. As a bonus, both the RAM and storage drives are easily upgradable. We recommend upgrading the RAM to at least 16GB.

We like the look of the laptop. It has slight gaming feel to it but doesn’t look out of place at the office. Overall, it looks better than most entry-level gaming laptops.

If we had any complaints, it would be that the keyboard feel isn’t as firm as we’d like. However, it’s not bad and this is a matter of personal taste.

Lenovo laptops are known for durability and value. If you are looking for a low-budget, yet powerful, laptop for running VR and gaming applications, this is a great option.

We’re big fans of MSI gaming laptops. And we’re not alone. Gamers around the world agree. The MSI GP73 Leopard is a great gaming laptop and it’s also perfect for running VR software.

Like other laptops in our picks, this laptop is powered by an Intel Core i7-8750H processor. Are you seeing a trend here? This processor, with its 6 cores and 4.1 GHz turbo boost clock rate can run VR applications like a champ.

This model is equipped with only 8GB of RAM. This is sufficient, but the RAM can be upgraded and we suggest upgrading to at least 16GB. The additional cost is minimal and you will see performance benefits with memory-hungry gaming and VR software.

The display is a large 17.3” FHD IPS (1920 x 1080) panel with a 120 Hz refresh rate. An NVIDIA GeForce GTX 1060 GPU with 6 GB of GDDR5 VRAM drives the display beautifully. You’ll appreciate the combination of this GPU and the high display refresh rate when playing fast-moving games or rendering detailed VR scenery.

Data storage is provided by a 1TB HDD. The storage capacity is great, but this won’t load files as fast as an SSD. However, this is a 7200 RPM hard drive which means it’s relatively fast for a magnetic spinning hard drive.

Both the hard drive and the RAM can be upgraded. This is a nice feature. Just be careful, since the panel can be difficult to open and is made of thin plastic.

The cooling on this laptop is excellent. The top doesn’t get hot even under a heavy load. The only downside to this laptop is the speaker quality. They serve the purpose but aren’t as good as most of our other picks. However, most people use headphones for VR and the audio quality is fine in that case.

The GP73 is very reasonably priced at a little over $1000. Given the price and performance, it’s a good value for VR and gaming applications.

Any of the laptops in this list will serve you well when running virtual reality applications. Given their powerful CPU and graphics specifications, they are also great laptops for other high-end gaming programs.

If you've had good experiences using VR with other laptops, let our readers know in the comment section.

What's the difference between AR, VR, and MR?