How To Use A PC For Music Production

Using a computer to produce music is nothing new. In fact, the very first computer to make music goes back to the 1950s with the CSIRAC, Australia’s first digital computer.

Although no recordings exist of the CSIRAC in action, another computer, the Ferranti Mark 1 in Manchester, does have some scratchy recordings believed to date from 1951.

Many of the big dance tunes of the 80s and 90s were produced on computers, often the basic micro computers you would find in teenagers’ bedrooms.

The Atari ST home computer even had MIDI ports for connecting external musical devices, making it a popular choice for many avid home producers.

Music production on a PC isn’t all about the dance music though.

Modern advances in both hardware and software have put professional music production suites in the reach of everybody.

From budding movie makers looking to score their latest masterpiece, to singer/songwriters wanting to record their next hit.

All the technology they need can be found right there on their desktop.

To Mac, Or Not To Mac? The Age Old Question 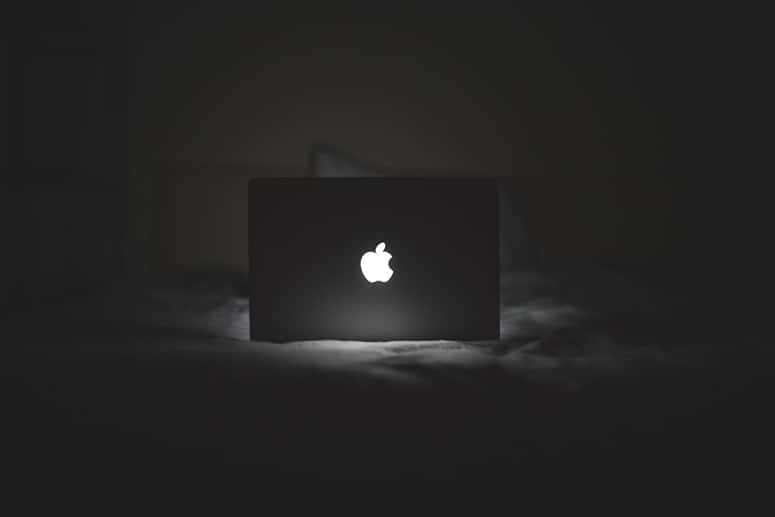 Before you start using a computer to produce music, you need to consider what type of computer you are going to use and which system. In the past, Macs have been thought of as the computer of choice for creative types.

Many of the DJs you see performing live productions will use a Mac, and Mac hardware will be commonly found in most recording studios.

However, the difference between systems nowadays is very little. Most top music production packages are available for both platforms and both offer similar levels of power.

Purists may argue that the Mac offers a more stable environment, but modern PC operating systems have demonstrated major leaps forward in security and stability.

The PC vs Mac battle has raged on for over 30 years, with fans of both sides quick to point out the pros and cons of their respective systems.

Both computers can deliver an audio performance that even audiophile producers would want.

It really comes down to what you are most comfortable with, irrespective of which system you grew up using.

Perhaps the factor which will influence your decision most is budget.

They are an expandable computer, meaning as long as your box and power supply are big enough, you can add to your system at any time.

They also tend to be cheaper than Macs for similar specifications.

Macs, on the other hand, provide a powerful computer system straight out of the box, but at a cost. Apple computers have progressed over the last couple of decades at an impressive rate, with advanced technologies and more software compatibility than the PC could dream of.

With the exception of the Mac Pro, the major downside of a Mac is the lack of option to expand.

Most come pre-configured from the factory, and the slim monitor style cases don’t allow for internal graphics cards or PCI cards.

When it comes to music production software, there’s more choice than ever on the market and most of the companies make them compatible with both systems.

Choose whichever system your budget allows for or you prefer. Both Mac and Windows have a bright future of music production to look forward to. 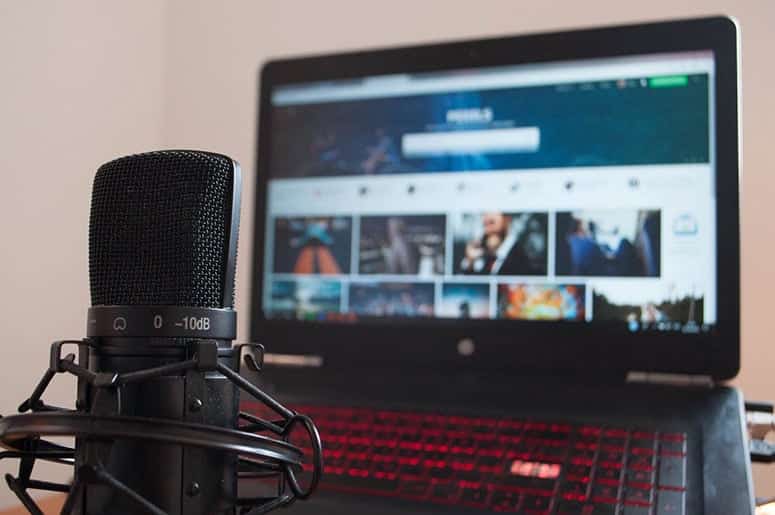 Another big debate in the computer music production world is the use of laptops versus a desktop pc.

The first answer to this is it depends on just how portable you intend to be.

Many of the top DJs will now carry a laptop with them which enables them to produce their next dance floor smash hit while on the go.

Often, they will be able to “play out” their latest efforts on the same day as they produce it.

Choosing laptops used to mean sacrificing power for that extra portability, but that’s no longer the case.

Today’s high-end laptops usually have specifications to rival the top desktop computers. If you are a travelling DJ or producer, then choosing a top spec laptop really is a no-brainer.

Imagine being able to produce the score for your last movie scene as you fly to the next location.

Desktop computers tend to be more efficient and offer more bang for your buck.

If you are setting up a home studio on a budget, you will get more power at a reasonable cost from a desktop computer. Desktops are also much easier to upgrade in the future, when taking your music production to the next level.

For tech-savvy home studio owners, choosing a desktop is the most rational decision.

Personally, I like to have both, so I can work on tunes while on the road, before uploading them to my home studio system – but then I am a flashy type of producer.

Other Features to Consider When Choosing a PC for Music Production

In order to choose the best PC for music production, you need to consider the specifications that more demanding production software needs as a minimum.

You should try to buy a PC that at least meets the minimum requirements of these.

All three packages require a PC that runs Windows 8 or higher, or—in the case of a Mac—OS X 10.11.16 or higher. (Logic is actually only available for Mac.)

Ableton Live 10 and Logic Pro X require the least memory, with only 4GB, although 8GB is recommended.

By comparison, Pro Tools needs a minimum of 16GB, with 32GB recommended. With music production software needing to constantly work in its own space without any issues of “not enough memory” or the lag it may cause, the more memory you can get, the better.

A faster processor is important as it allows for a quicker workflow in a more fluid manner. 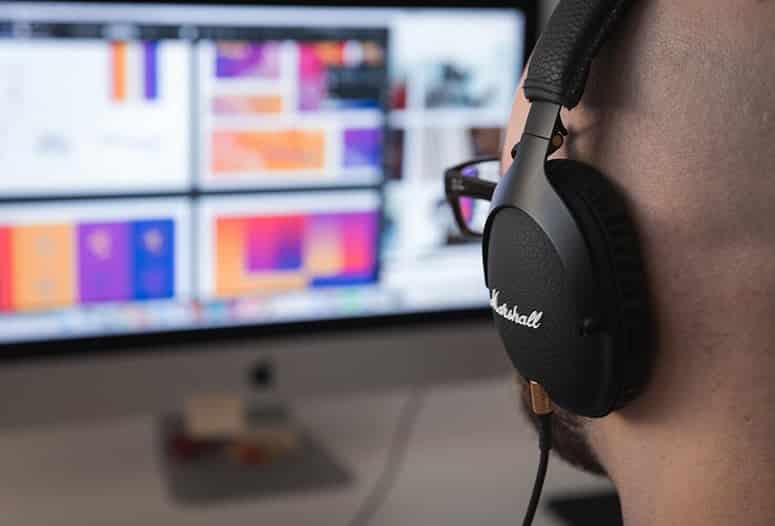 The faster you can work, the faster you can transfer those ideas from your head to the musical canvas you are creating. We would recommend a minimum of a 3 GHZ processor, which is quad core or above.

Hard drive requirements by all three applications are pretty conservative.

However, Logic Pro X does require an additional 63GB for the full sound library to be installed. We would recommend a hard drive of 1 TB, although 500GB could be adequate.

If you aren’t keeping the sounds on your system for use in other programs or any other work, like school projects or videos, you should find 500GB is more than enough, with external hard drives easy to connect for more storage.

Solid state hard drives can be a good choice when you are using your PC for music production, as they process data much faster than a traditional hard drive.

Your music will play better and with no moving parts there tends to be less chance of a failure. These do, however, come at an additional cost.

The final consideration is your screen size.

If you have chosen to go down the laptop route, this may be limited by the different models available and a maximum of 17 inches. 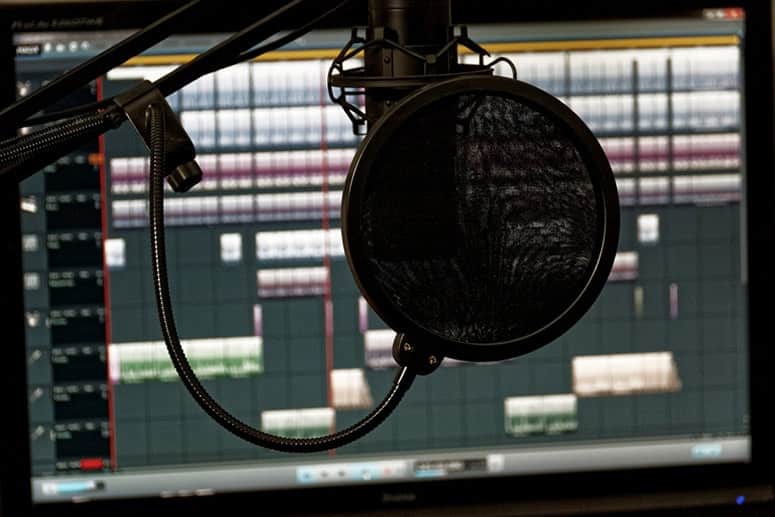 The larger the screen size, the more space you will have to work, which can be important when producing multi-track files.

Some music production software even includes apps for smartphones or tablets, but you have to argue how effective the results would be with such a small workspace.

We would recommend at least a 15-inch screen.

There are many desktop PCs or laptops that meet the requirements needed for music production.

Personally, I prefer the versatility of a laptop; using an external display, it can soon become a desktop system too.

We have looked in a previous article at the best laptops for music production, which you can find here.

How To Tweak Your PC For Music Production

Putting your headphones on and closing the curtains may seem like the best way to ensure your music production is uninterrupted.

However, there are some small adjustments you can make to either your PC or Mac to guarantee your production time flows as smoothly as possible.

The whole idea is to ensure that you can offer as much of your system resources to the dedicated audio production software.

You will probably have heard the phrase DAW bandied about when looking into music production on a PC.

Don’t panic, it’s not another piece of hardware, it’s simply a technical term for the software you use to record and produce music.

At the most basic form, a Mac already includes one DAW in Garageband. 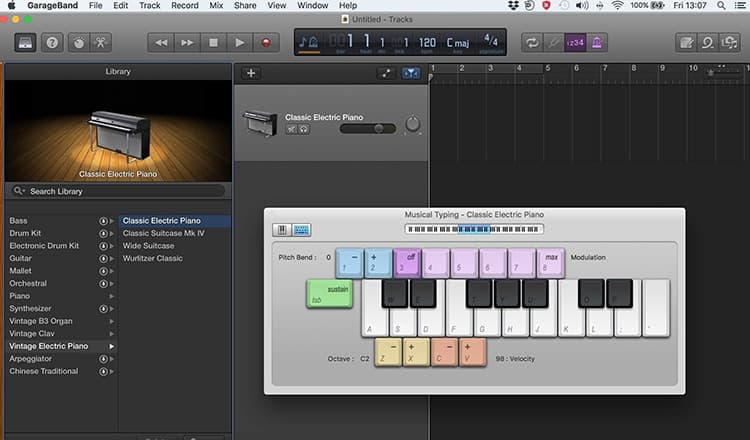 There are also great free programs available for the PC, like Ardour or Podium Free, which feature the basic tools you need to start producing your own music.

These free apps are a great way of getting started on using your PC for music production – but, as your productions get more demanding, you will need more professional software with additional features.

We’ve already mentioned three of the industry standards in Ableton Live, Pro Tools and Logic Pro, but there are many other production suites available too, for both PC and Mac.

Pro Logic is, basically, the big brother to Apple’s Garageband, and a solid choice for home and professional studios.

You can use it to record, mix, produce and master your project.

Unfortunately, it’s only available for Mac, but fear not – Pro Tools, the industry standard for music production, is available on both PC and OS X platforms.

Ableton Live is also multi-platform and is the DAW preferred by DJs and performers for live performances.

You can find a detailed rundown of the top 20 music production digital audio workstations over at the MusicRadar site – a top site for professional musicians.

Once you have chosen the right DAW for you, it’s time to learn how to use it. Some DAWs will have tutorials already built in, which can normally be found in the help sections.

There are also many YouTube videos, like the one below, which can provide a beginner’s guide to your chosen software: in this case Ableton Live 10.

Go Forth And Produce

Having chosen your computer for music production, set it up and installed the production software of your choice, it’s time to get busy producing.

Don’t despair if your first few attempts sound like an old console tune like Super Mario, most DAW software does have a steep learning curve.

But with a little practice, who knows, you may be scoring your own cinematic masterpieces or playing your self-produced project at your next gig.